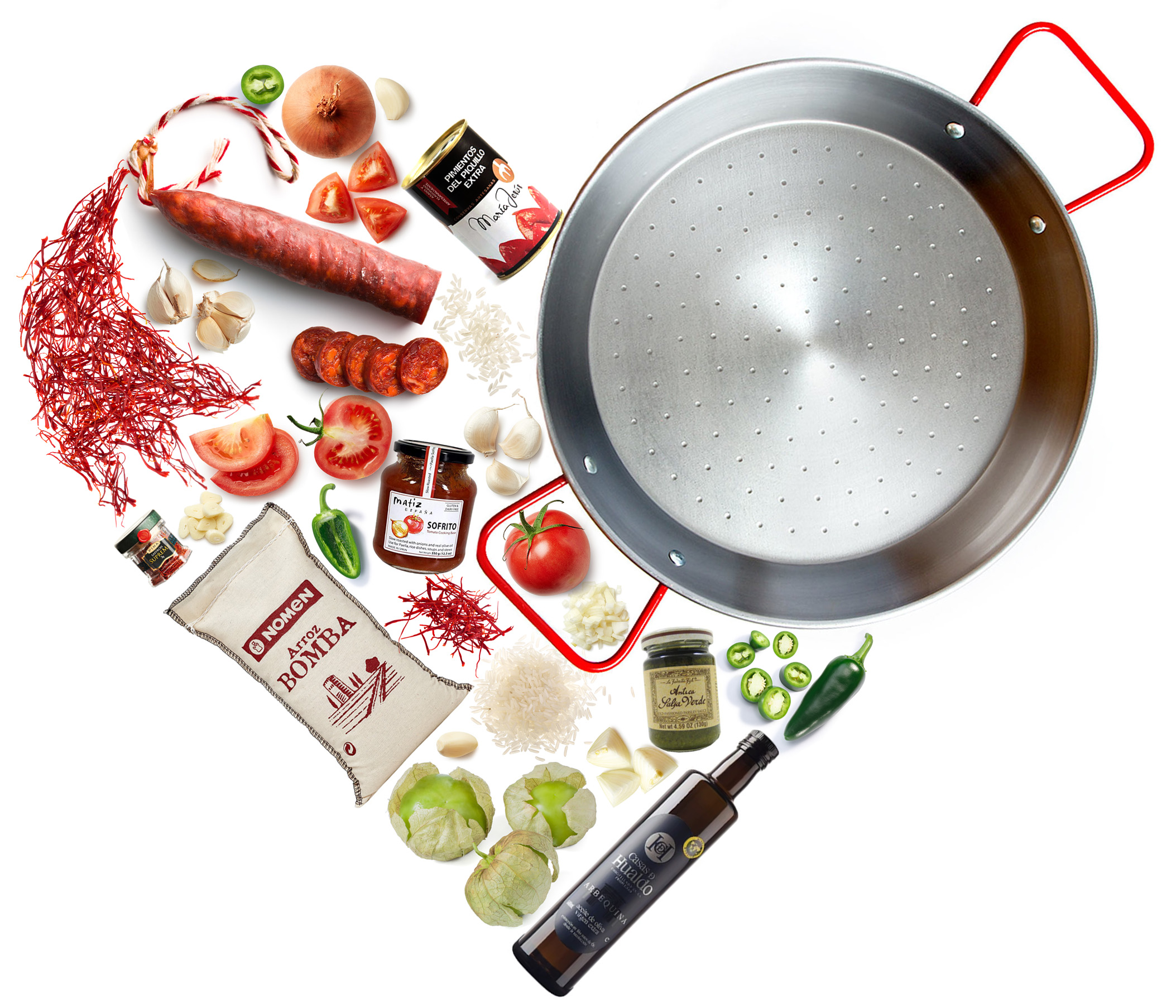 Paella is the national dish of Spain, and as with all of the country’s most popular dishes, a heated debate persists over what ingredients to include and exactly how to cook it.

Engaged couples have even been known to fight over which of Spain’s two principal types of rice to throw at their wedding. Bomba or calasparra?

Yes, the great paella dispute can leave Spaniards simmering. But the grain of truth revealed by this ongoing debate is that everyone feels extremely passionate about paella. That includes us. We hope this cooking kit for two brings the same passion to your kitchen!

Kit includes a 32cm Paella Pan and ingredients listed below to make Chef Marc’s Chorizo and Piquillo Pepper Paella ($85 – available for pick up at our restaurant locations).

2. Slice the Piquillo peppers into long, thin strips until you have ½ cup. Set aside.

3. Remove casing from chorizo and dice until you have ½ cup.

4. In the paella pan, add diced chorizo and 2 tbsp sofrito in 1 tbsp of olive oil.

7. Place ½ cup julienned peppers on top of the rice, taking care to distribute them evenly. Place the paella pan in the oven.

8. When all the liquid is absorbed and the rice has started to dry out on top (approx. 5 minutes), remove the paella and place on stove-top.

9. Drizzle paella with 1 tbsp olive oil. Cook for an additional 1-2 minutes to make the socarrat – the caramelized crust of crispy rice at the bottom of the paella!

11. Squeeze a ½ cut lemon over the paella when serving.